What a great day and evening was had in Brewster Park for Sam Bradley.  Sam who suffers from Neuroblastoma is son of Ex-Fermanagh GAA Player, Colm Bradley, and his wife, Michelle.  Needless to say the GAA community got around this wee fella and played a Seven Aside GAA Tournament in aid of his charity, "Together for Sam".  Retired Players from Fermanagh, Tyrone, Antrim, Mayo, Monaghan, Cavan, Donegal, Armagh and Colms' own club, the Enniskillen Gaels, dusted off their old boots, pulled on their jerseys and had the best time of their life.  There were All-Ireland winning players and All-Star players galore for the public to watch battle on the field once again with some household names of Joe Brolly, Peter Canavan and Jarlath Burns to name but three.

Although for charity, the players themselves found the compeditive streak returning to them.  I witnessed the Cavan men calling to eachother to discuss tactics and even Joe Brolly who wasn't long after donating a kidney, played hard at times and even took the ref, Martin Higgins, out of it at one stage!  Sure, some of them may have been packing a few extra pounds since their glory days but they proved they still had it as they placed the ball over the bar or into the back of the net, time and time again.  I felt privledged to be in the company of such men and was grateful that I could share the field with them even though it was behind a camera.  I can only hope we do it all again soon.  You can view all the photos I took here with loads from the final between Derry and Antrim.

Seven's for Sam Tournament - Together For Sam.Sam Bradley and Dad Colm. DP66 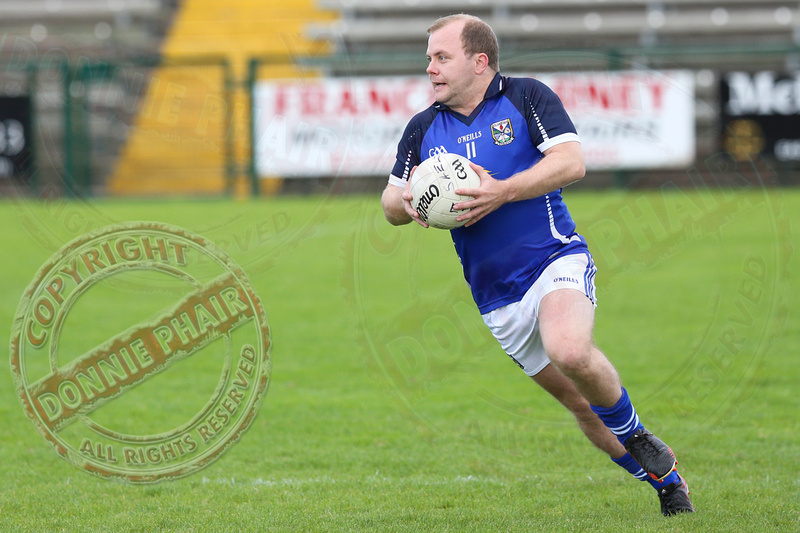