Cancer is something that's not swayed by age, sex or creed.  We've all been touched by it.  I've lost loved ones myself and watched them succumb to it's affects.  It's a devastating illness in all it's forms and when we hear the word "Cancer" it is met with dread and a chilling coldness.

This week however, I photographed a young woman named Ciara McDonald for the Fermanagh Herald.  Ciara, in the midst of doing her exams in school, found out four months ago that she has Cancer in the shape of Hodgkin's Lymphoma.  I could go on about the cancer itself but the details of the disease were over-shadowed by the bravery and attitude by the lady in question.  Although brimming with tears at times when she talked about how it affected her family and how those closest to her reacted, Ciara showed remarkable courage in the face of it all.  Having felt angry to begin with, Ciara finally came to terms with it much of it due to the support of her family, friends and boyfriend, Niall.  Her sister even greets her with "Hello baldy" to keep things light in the house when for so many the shadow of cancer can be unrelenting.  Although a timid girl, Ciara has showed remarkable strength of character with the burden that has been placed upon her.

I listened intently as Fermanagh Herald journalist, Gareth McKeown, interviewed her.  As they chatted back and forth I found myself respecting her more and more.  I should say at this point I've known Ciara for some years now and I found it more than uncomfortable at times to hear her story.  With the interview done I was only to glad to bring Ciara and her father, Paddy, to Crom Estate just outside Newtownbutler for a few photos.  As ever, Ciara showed a depth to her and she braved the wind and biting cold to get some brilliant images.  We laughed, she giggled, Paddy held the reflector and we had a ball.  It was one of the easiest shoots I've ever done although Ciara's natural beauty and personality were what really made it.  I felt privledged to have been in her company that day and in the few minutes we had to grab the photos I think we came away with some beauties.

Thanks also to Sharon Sey from the National Trust at Crom Estate who allowed us to photograph on their beautiful grounds. 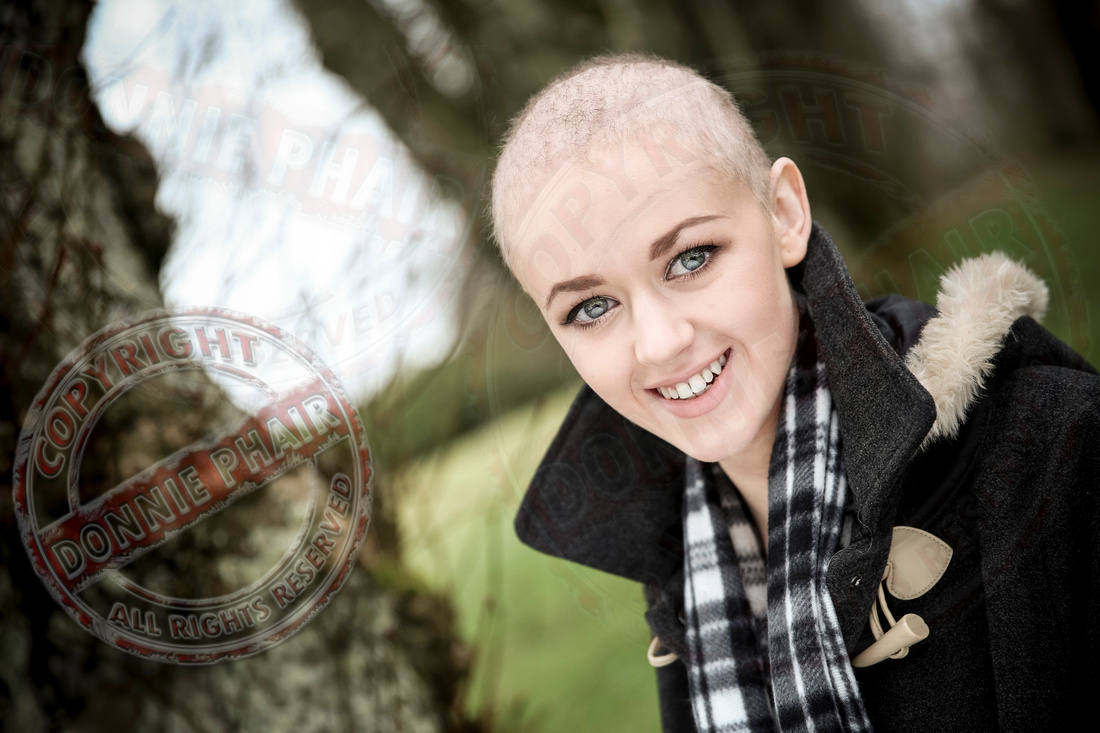