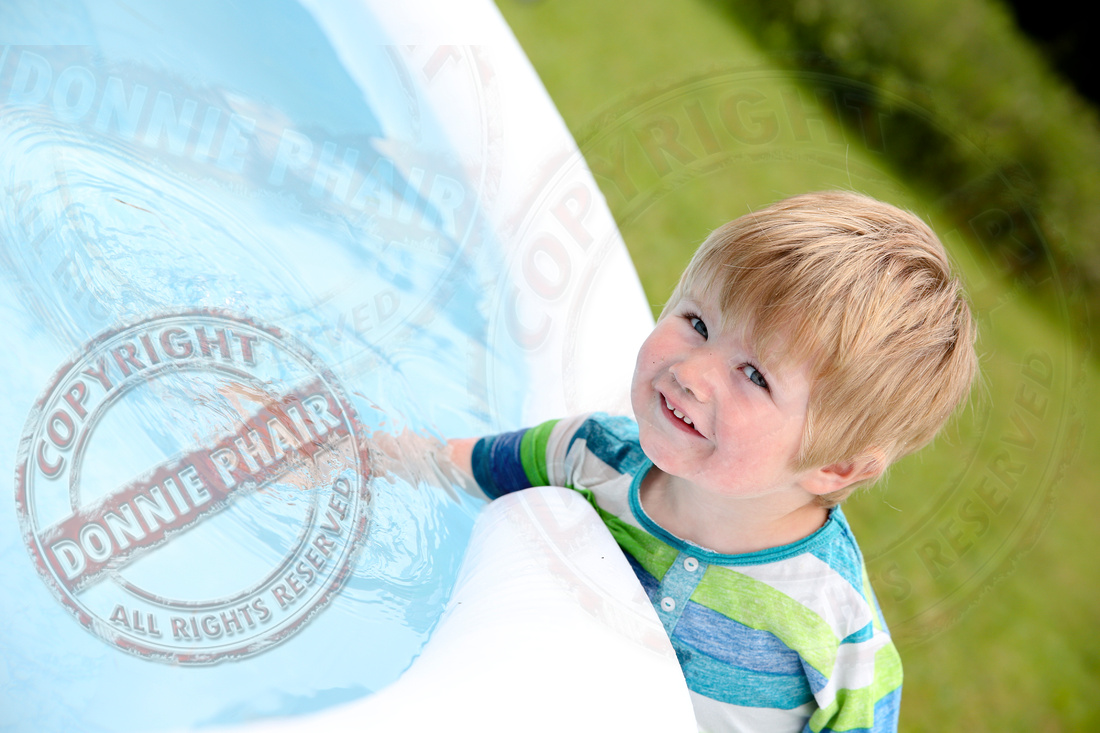 Rhys is a happy wee guy.  I've known him since he was born about four and a half years ago.  To him, I'm his big crazy uncle Donnie, to me, he's a fun loving, run about the house question-asking nephew.  He's like any other wee man his age - getting into trouble, helping his Daddy fix cars, quads, playing with his baby brother Finn and loads more.  Rhys is also at the age where he starts to notice things too.  Recently he noticed that he's different from other children and it's not that girls are not the same as boys but that everyone else can do things he cannot.  Rhys was born with Schizencephaly, it's form of Cerebral Palsy.  One of the consequences of the condition meant that Rhys was born with one arm.  In fact, he has no shoulder either.

I love the little guy.  It's great to see him running about and playing.  I cringe though constantly when he's about.  It's not great to admit that but when you see him trip and fall and have only one arm to stop himself from hitting the ground it sends a shiver down my spine.  It's also hard to watch him have to grapple with toys and things we all take for granted.  I often find myself trying to do things such as butter bread with one hand just to get an insight into what the wee guy will have to do for himself and it's not easy.  Buttering bread when you can't steady the slice with one hand while you run the knife over it isn't easy.  Try it for yourself.

Things did come to a head for him recently.  Rhys was in a play area in one of those buildings with slides, climbing-frames, jungle-gyms etc.  I can't name the location as it's not the building that affected him but rather the people in it.  His parents, Niall and Michelle, were close by with their other son Finn when Michelle watched in horror as the other children put Rhys to the ground and dragged him around by his one arm.  Obviously Michelle and Niall were outraged and in shock.  The little guy knew he was different from the other children but this just singled him out.  It brought it crashing home.  Any questions he had asked his mother and father about why he was different paled in comparison.  Having spent the last number of years wondering what the future held in store for Rhys this single moment gave them the big push to get something done regarding a prosthetic limb.  That's where you and I come in.  I'm doing my bit to help, meagre though it is.  I'm just asking you if you could do the same.  At this time tickets are for sale for a raffle to help buy a prosthetic arm that is tailored just for him.  It will allow Rhys to do things such a drink in one hand while he eats with another, to walk straight as the weight of one arm causes his spine to twist and contort as all the loading is on one side of his body and it make even allow him to butter a slice of bread without having to jam it up against the wall in the kitchen.  It may even may help him feel normal in the company of other children.

Tickets are currently on sale for a raffle to be held this week in the Corner House, Lisnaskea on Friday 17th April but there are other things going on too.  Check out the Facebook page here for new events and information.  There are loads of wee things going on as people try and help the wee guy out.

If you wish to donate directly you can do so by bank transfer using the following details: